You are here: Home / David Bradwell | The library

Welcome to a world of mystery and intrigue…

The Anna Burgin series features Anna – a fashion photographer – and her flatmate Danny, who works as an investigative journalist on a big tabloid newspaper. There’s murder, mayhem, and lots of cups of tea – together with a dash of 1990s nostalgia.

To see how the books all relate to each other, please click on the Timeline

Scroll down for details of The Blood Of Angels – book 1 in the Clare Woodbrook series.

Cold Press is the official first of the series, but In The Frame is an introductory novella that’s available as free download when you join the mailing list, showing how they got together and how they solve their first case. 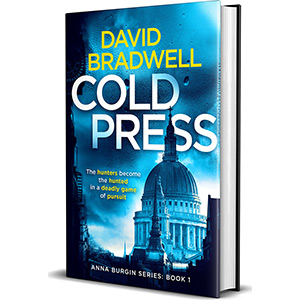 Clare Woodbrook is the enigmatic head of the Special Investigations Department at Britain’s leading daily tabloid. Her exposés are legendary, but she’s not without her enemies. Now, on the verge of unveiling her biggest-ever scoop, she arranges to meet her researcher Danny Churchill, to reveal all over lunch.

But Clare never shows, and later that day her car is found abandoned on the hard shoulder of the M25. Worse still, the enquiry is being headed up by DCI Graham March – the embodiment of police corruption, and the subject of one of Clare’s current investigations.

Danny sets out to find Clare, and enlists the help of his friend and flatmate – fashion photographer Anna Burgin. But as they embark upon an explosive trail of murder and intrigue, they realise they are not alone in trying to find Clare.

And soon their own lives are very much on the line. 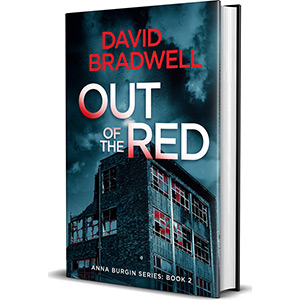 ANNA BURGIN BOOK 2: Out Of The Red

It’s 1994 and investigative journalist Danny Churchill is hot on the trail of Graham March – the disgraced former police DCI.

The investigation takes him to Germany where he soon starts to uncover dark secrets and new depths of depravity.

Back in London, and aided by his flatmate – fashion photographer Anna Burgin – Danny’s investigation intensifies, but as he gets closer to the truth, the body count starts to rise. Help is offered from the most unlikely of sources, but if Danny accepts, is he doing a deal with the devil herself?

Packed with twists and dark humour, Out Of the Red is book two in the Anna Burgin series and the sequel to Cold Press – the Amazon top 10 bestseller. 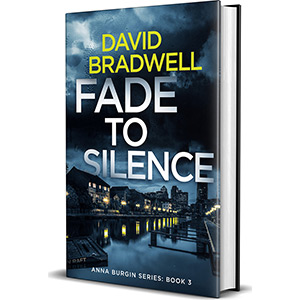 Packed with twists, intrigue and dark humour, Fade To Silence is a gripping British mystery thriller, and book 3 in the bestselling Anna Burgin series. 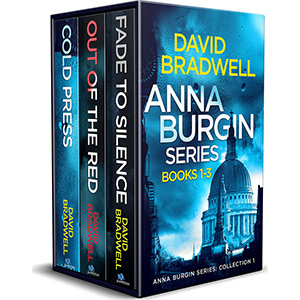 The first three books in the series for less than the price of two!

It’s a great value collection – available now at all of the major ebook retailers. 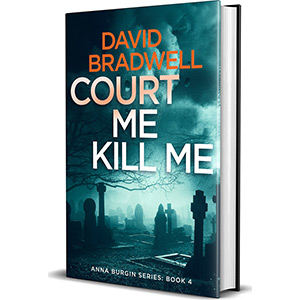 What if the only person you can trust is secretly plotting to kill you?

Fashion photographer Anna Burgin faces a career in ruins after her studio is destroyed, but when armed police burst into her home, she realises it’s the least of her worries.

Murders in Seattle, Frankfurt, Venice and London all point to one common killer – and the chief suspect has just been in her house. The evidence is compelling, the body count is rising, but as news emerges of a corrupt business network that reaches into the heart of the police, nothing can be taken for granted – especially the promises of the person who offers to protect her.

Court Me Kill Me is the fourth instalment in the gripping, twist-filled Anna Burgin British mystery thriller series. 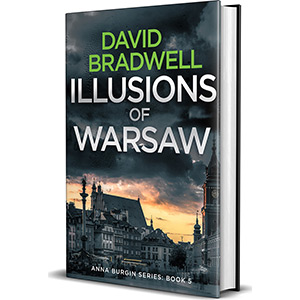 A suspicious suicide. A vengeful girl. Connecting the dots could send a group of friends to the morgue…

Warsaw, 1997. Fugitive journalist Clare Woodbrook refuses to ignore a colleague’s questionable death. Teaming up with a fellow reporter, she uncovers a trail of corruption that could expose the killer. But when they get too close to the truth, they’re framed for a series of bloody crimes.

London. Secretive, bright-eyed Louise arrives on Anna Burgin’s doorstep, claiming to be Clare’s long-lost niece. But her true agenda is simple and deadly: revenge for her father’s murder. And her ill-conceived plan to infiltrate a crew of con artists puts both Anna and her in a vicious gangster’s crosshairs.

As Clare discovers shadowy links between Poland and Britain, she races against time to clear her name and reveal the culprit before more body bags fill. But with Louise and Anna caught up in the mess in England, it might be too late to save everyone…

Can the unlikely team catch a sinister mastermind before they’re ruthlessly erased? 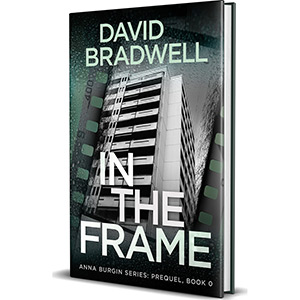 ANNA BURGIN BOOK 0: In The Frame

In The Frame is the novella prequel to the Anna Burgin series of mystery thrillers, and introduces Anna and journalist Danny Churchill at college in 1989.

Photography student Anna Burgin didn’t expect to be arrested, but she’s the only suspect for a series of crimes, and the Police have found damning evidence in her room.

But Anna has no recollection of doing anything wrong. Was it a moment of madness? Or is somebody setting out to destroy her? And is the stranger in the bar really trying to help, or just part of an evil conspiracy? 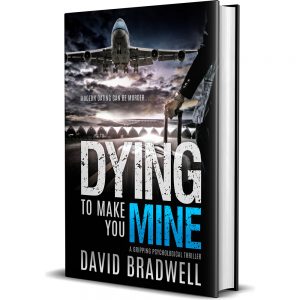 ANNA BURGIN Contemporary series book 1: Dying To Make You Mine

She thought she’d found the perfect guy. She didn’t imagine modern dating could be deadly…

Anna Burgin has a bad history with men. But when a charming Italian jetsetter sends her a flirtatious text out of the blue, she can’t help but want to meet him in person. Even though his dangerously jealous girlfriend may not be as polyamorous as he claims.

Ignoring her instincts, Anna writes off her new man’s angry lover as just another piece of baggage. But that was before someone threatens her friends, and her cute date suddenly vanishes into thin air with only a dubious text message as a goodbye…

Can Anna uncover the truth or will a sinister web of lies reroute her to the grave? 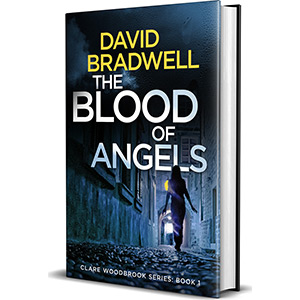 Trust no-one. Especially those who promise to save you.

Former investigative journalist Clare Woodbrook has committed the perfect crime but gaining everything she wished for has come at a terrible personal price. So, when she’s offered a chance at redemption, she grabs it with both hands.

But it means joining an organisation rooted in espionage and secret police of the old East Germany. It’s a world of secrets and lies, in which old allegiances and rivalries count for nothing, and everybody seems to have a sinister hidden agenda. Worse still, she’s being hunted by a psychopath, intent on bloody revenge.

As Clare embarks on her first mission in London, Paris and Frankfurt, the bullets begin to fly, and she has to face up to a stark yet terrifying truth.

The Blood Of Angels is a gripping British conspiracy thriller set in 1993, with twists galore, pulsating action, and flashes of dark humour. It’s book one in a new spin-off from the Anna Burgin mystery thriller series – and the alternative sequel to the huge bestseller Cold Press. 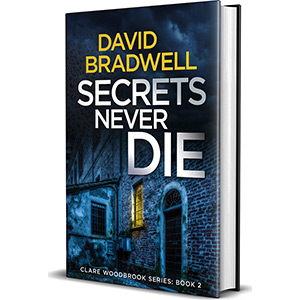 A celebrity cold case gets solved when a convicted gangster, confesses to a headline-grabbing murder.

But DSI Joe Leyland is not convinced. With the assistance of rogue former investigative journalist Clare Woodbrook, he begins to unravel a decade-old conspiracy that reaches right into the heart of the police. And as they start to delve deeper, they begin to discover secrets that very powerful people would kill again to hide.

Secrets Never Die is a gripping British conspiracy thriller, full of twists and with dashes of dark humour. It’s book 2 in the Clare Woodbrook series. Prepare to be thrilled today!