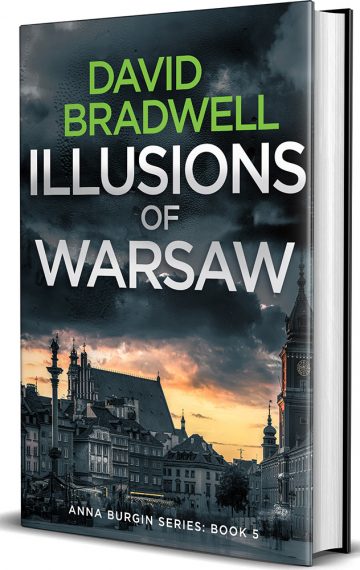 A suspicious suicide. A vengeful girl. Connecting the dots could send a group of friends to the morgue..…

Warsaw, 1997. Fugitive journalist Clare Woodbrook refuses to ignore a colleague’s questionable death. Teaming up with a fellow reporter, she uncovers a trail of corruption that could expose the killer. But when they get too close to the truth, they’re framed for a series of bloody crimes.

London. Secretive, bright-eyed Louise arrives on Anna Burgin’s doorstep, claiming to be Clare’s long-lost niece. But her true agenda is simple and deadly: revenge for her father’s murder. And her ill-conceived plan to infiltrate a crew of con artists puts both Anna and her in a vicious gangster’s crosshairs.

As Clare discovers shadowy links between Poland and Britain, she races against time to clear her name and reveal the culprit before more body bags fill. But with Louise and Anna caught up in the mess in England, it might be too late to save everyone…

Can the unlikely team catch a sinister mastermind before they’re ruthlessly erased?